For most of my life I suffered from what I call “The Mozart Complex.”

I had heard that Mozart was a child prodigy in music; that he just sat down and played the harpsicord perfectly and composed his first concerto at age 3.  I thought being able to do something like THAT meant you REALLY had talent.  And then that would tell you what you should do.  But I couldn’t do anything like THAT!  So I concluded I had no talents… and felt pretty terrible about myself.

Trying to answer the question, “what do you want to be when your grow up” always upset me.  I just couldn’t answer it.

People would ask, well…what do you like to do?  What are you good at?

Got through school – was a good student.  But didn’t like any one thing enough to pursue it.  I was interested in many things but couldn’t choose just one for fear it would be the wrong one.
Took all the career assessment tests – – but the results were always mixed and unclear.

I thought that if I couldn’t do something well, right away, it meant I had no talent in that area.  So I didn’t pursue anything in depth…just kept exploring and trying different things.

Somehow I never learned that most people spend a lot of time practicing something in order to get good at it.

Of course I knew the saying, “practice makes perfect,” but that went completely past me…I just thought, “no…I’m just no good at this. If I had talent it wouldn’t be this hard.”

I never learned that trying something new meant you were a beginner…and beginners aren’t superstars right off the bat!  And THAT is normal and OK!!

In my own defense, my parents were not the encouraging kind. They had high expectations for their kids and nothing we did was EVER good enough.  So when I DID try something new or expressed interest in something, every mistake and problem was quickly pointed out to me and framed as a criticism of who I was.  I could go on about that…but this isn’t about parent-bashing.  I since have come to understand that they themselves were “walking wounded,” and did the best they could given their own harsh upbringings.  I wish they were still here so I could tell them I finally understand.

So, how did I get cured of The Mozart Complex?

I learned that it takes about 10,000 hours of intense practice to become a world class expert in ANYTHING. [1] That is about a decade of intense focus, practice, instruction, working, and trying.  So to expect mastery right away is utterly ridiculous.

I learned that Mozart’s father (himself a famous composer) started him composing and performing intensively at age 3 [2] and that Mozart produced his greatest works only after he’d been composing for two decades [3].

I learned superstars are so rare because most people just don’t put in the level of work necessary to become amazing at something. (So it wasn’t because I was worthless…it was because I hadn’t put in the work!)

And I was thunderstruck when I read something about Paul McCartney where he mentioned practicing to play his songs!  Whaaaaat???  He has to praaactiiice???  I thought he just sat down and could play and write and sing because he was just born so amazingly talented!

The thing that made the final breakthrough and provided the permanent cure for me was a simple statement by Catherine F. Collautt, Ph.D. [4] She said, “A Failure is just a try that didn’t work – – you can either regret trying, or applaud yourself for trying.” She said that during an interview with Marie Forleo. You can watch that video here:

Boy…talk about being struck by lightning!
You mean failing isn’t the end of the world?  Failing doesn’t mean you are worthless??!!??

Sheesh!!  I can’t believe I managed to get this old before finally understanding these things!  But I’m SO glad I do now – – it is so amazingly freeing!  Better late than never, as they say!

So I finally can say that I’m cured of The Mozart Complex – – and it feels so great!

Does any of that ring a bell with you?  Have you suffered from your own version of The Mozart Complex?
If so, tell me about it.  Maybe I can help you get past it, too.  Go over to Facebook and post on the Many Chapters page where we can talk. Or you can private message me, or send me an email through the contact page here.

[4] To learn more about Catherine Collautt, Ph.D. go to her website:   https://catherinecollautt.com

This site uses Akismet to reduce spam. Learn how your comment data is processed.

How Are You Doing? 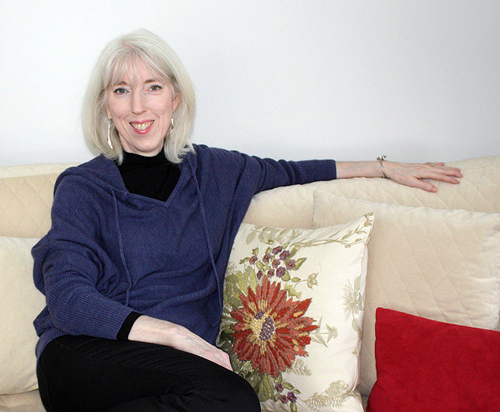 Change is hard.  I know. I’ve been there and done that.  You don’t have to go through it alone. There are a lot of resources out there that can help you.

You'll receive updates about new blog articles & resources to help you create YOUR next chapter!

SUCCESS! You're all signed up!